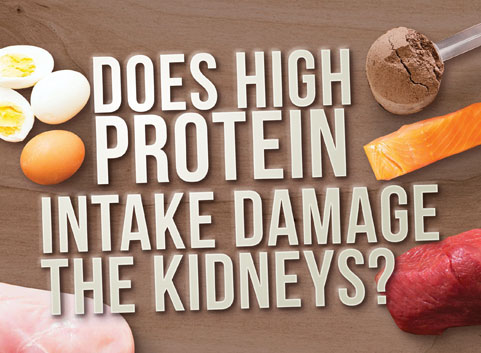 By Akshay Chopra, secretary IBFF international federation, is a graduate of the National Defence Academy & the Air Force Academy, and a former IAF pilot. He is one of the most qualified health, fitness & nutrition consultants in the country, and an author of multiple books & ebooks. He is among the few in the country to have a background of competitive athletics, military training and bodybuilding. He is the co-founder of the Body Mechanics chain of gyms, and India’s first research based channel We R Stupid. 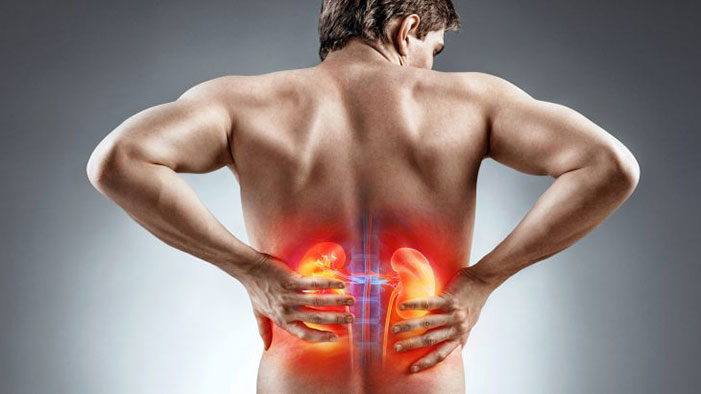 High protein diets are all craze. Thanks to the weight loss market and the supplement industry, protein as a macronutrient has a domination over the other two macros i.e. fats and carbohydrates. Though we will not go in the detail of pros and cons of such diet patterns, but will stick to the common myth: “high protein intake leads to kidney damage”. A lot of people who know the answer to this, suddenly start blaming the doctors, and their ignorance. I’m sorry, but the docs may be mistaken, but certainly were not wrong, as the real good studies, started pouring in couple of years back only.

Acc. to researchers Denis Fouque & William E. Mitch, in a 2014 study in the journal Nephrology Dialysis Transplantation, clinical evaluations from 1869 plus experimental investigations from the 1930s concluded that excess dietary protein adversely affected the symptoms of patients. Such reports led to creative efforts in the 1940s to design regiments like the egg-potato diet based on meals that were poor in the amount of proteins for patients with chronic kidney disease (CKD).

When protein is metabolized, numerous wasteful by-products are formed. These pass through the millions of blood-filtering nephrons housed within the kidneys, which remove them from circulation and ultimately excrete them from the body through the formation of urine. The more protein that is ingested and metabolized, the harder the nephrons must work to rid the body of these waste products.

Each nephron consists of a coil of capillaries called glomerulus. Urea is the major excretory product of protein metabolism, it is formed in the liver from amino acids by an enzyme driven process called urea cycle. When protein is broken into its component parts (amino acids) and metabolized it releases nitrogen which converted to urea and excreted as waste product. Following the synthesis in the liver, urea released by the liver into the bloodstream and is carried to the kidneys, where it is filtered by the glomerulus and excreted in the urine. 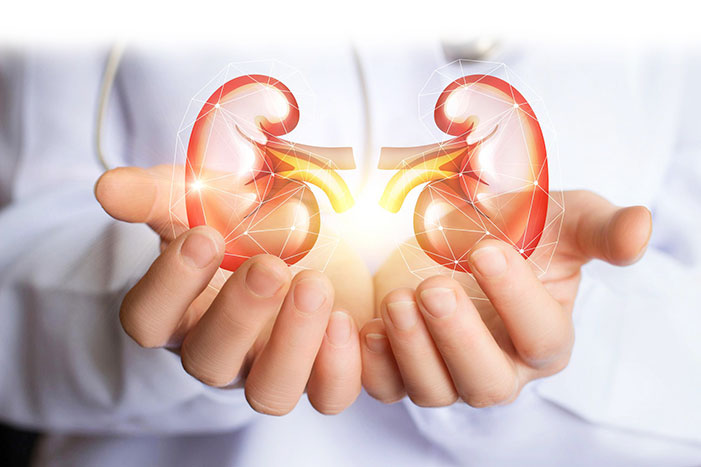 Acc. to a 2004 study in the American Journal of Kidney Disease, by Allon N. Friedman, there are no clear renal-related contraindications to high protein diets in individuals with healthy kidney function. However, High protein diets have the potential for significant harm in individuals with chronic kidney disease and should be avoided if possible.

In a 2005 study in the journal Nutrition & Metabolism, researcher William Martin & team, found that, there is concern that high protein intake may promote renal damage by chronically increasing glomerular pressure and hyperfiltration. Researchers found that, although excessive protein intake remains a health concern in individuals with pre-existing renal disease, the literature lacks significant research demonstrating a link between protein intake and the initiation or progression of renal disease in healthy individuals. More importantly, evidence suggests that protein-induced changes in renal function are likely a normal adaptive mechanism well within the functional limits of a healthy kidney. However, at present, there is not sufficient proof to warrant public health directives aimed at restricting dietary protein intake in healthy adults for the purpose of preserving renal function.

In a 2013 study in the American Journal of Kidney Disease, a team of researchers led by Dr. P. Stephen from the John Hopkins School of Medicine, analysed the effect of high protein diet on kidney function in Healthy Adults, using the OmniHeart (Optimal Macronutrient Intake) Trial.

(In brief, the OmniHeart trial was a, large-scale, study sponsored by the National Heart, Lung and Blood Institute; the effects of 3 diets with different macronutrient profiles on traditional cardiovascular disease risk factors (blood pressure and blood lipids) were tested. All 3 diets differed in macronutrient composition, but otherwise were similar: a carbohydrate-rich diet (55% of total kilocalories) similar to the DASH (Dietary Approaches to Stop Hypertension) diet, a diet (referred to as the unsaturated fat diet) in which 10% of kilocalories from carbohydrate were replaced with unsaturated fats, and a diet (protein diet) in which 10% of kilocalories from carbohydrates were replaced with protein.

All 3 diets were designed to be “healthy” and were low in saturated fat (6% kcal) and cholesterol (150mg/d). Furthermore, the diets provided other nutrients (calcium, magnesium, potassium, and dietary fibre) at recommended levels and were reduced in sodium (2,300 mg/d). The food sources used for protein replacement primarily were vegetable-based. Institutional review boards at Johns Hopkins University, Brigham & Women's Hospital, and the Harvard School of Public Health approved the study protocol.)