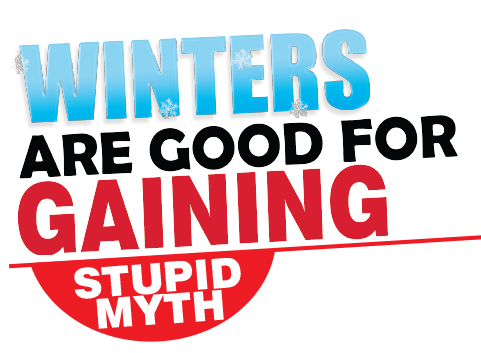 By Akshay Chopra
We all remember the hardcore scenes of training from the movie Rocky IV where Stallone trains hard in the bitter cold of Russia to prepare himself for the match against what seemed like an undefeatable opponent, Evan Drago. 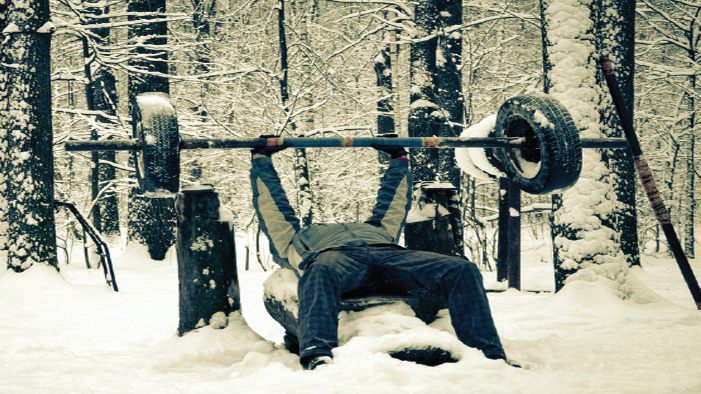 What was more fascinating being the heart wrenching training shots taken in heavy snow where Rocky was shown pulling sleds, running in knee high snow, climbing mountains and doing some nerve cracking stunts which pushes all the people to the edge of their seats whenever they watch that sequence.
What looked like an extremely hard training triggered a question in the minds of many people around the world, that if winters can be a good time to train or if one can use winter to gain muscle mass. Though there are a lot of confusions in this regard but some things do come out clear, which we will discuss in the article below.
In India the winters typically start in the Oct-November month and goes on the Feb and some part of March. Now what is fascinating is that in many sports this is actually the in-season time where you have to be at your leanest for the upcoming competition. Notwithstanding this goes against the very concept of gaining mass during the winter months. In a sport like bodybuilding December to march is generally the competition time, where the athlete has to cut down to be in the most muscular and ripped form of the year and actually the summer months is where you are in off-season where you gain maximum muscle mass.
Though there is not a lot of researched information on this topic, however there are certain points to discuss. Jose Antonio Ph.D. says that, “total testosterone peaked in the months of October and November, with a smaller peak in February. June levels of total Testosterone were the lowest. Moreover, free testosterone peaked in December and reached a low point in August. The subjects’ waist-to-hip ratio followed the pattern for testosterone. That is, they were highest when testosterone was lowest. So subjects were perhaps leaner during the cold winter months, which, by the way also have the fewest hours of sunlight.”
As rightly shown that during winter months due to rise in testosterone levels which is the main muscle building hormone, the muscle mass levels peaked and the fat levels decreased and so did the waist-to-hip ratio. So the people will be at their leanest at this time, which is contrary to the popular belief that winter is the best time to gain.
What I have heard so far from people is actually the part of many such myths and fallacies related to muscle building or weight loss/gain. For e.g. when I asked people personally as to why do they think that winter are good for gaining, the answer is typical and baseless. Most of them replied that it is because you sweat less in winters, so you can gain mass easily which is the opposite of the false myth that excess sweating leads to weight loss and it is these people who are running with heavy clothes on during summer months on a treadmill with fans off to induce artificial sweating which they consider a sign of a good workout. They forget the simple fact that sweating is a natural phenomena of the body, which is used to cool down the body, as when the body temperature rises, the brain activates the sweat glands which release sweat from the body pores and when this sweat gets evaporated it also takes away the latent heat from the bodies surface which cools the body down. Inducing artificial sweating does nothing except tiring you early as with sweat you are also losing many salts and minerals.
Another myth is that during winter months the physical activity reduces in most cases that is why one gains more weight. Now this is not the logic we are considering as the article is on the gain in muscle mass due to reasons scientifically proven, not because you are not physically active which may be the case in summers also with most people.
Now, one of the studies which supported the above evidence was the “The Troms Study – Seasonal Variation of Testosterone and Waist to Hip Ratio in Men” first done in Nov 02. In this study the seasonal variation in total and free testosterone etc were tested in 1548 men living in Norway, a population exposed to wide seasonal and variation in temperature and daylight. They found that the lowest testosterone (both free and total) showed the lowest levels during months with highest temperatures and longest hours of daylight and the levels peaked in November and December months i.e. winters. Similar variations were seen in studies done in Finland.
The study also checked the changes in physical activity during most months of the years and also studied other researches on the same. In one of the studies published in the “European Journal of Applied Physiology and Occupational Physiology” in 1984, it was seen that body fat levels were highest in summers. The study suggested that the main fuel oxidized during winters is fat. 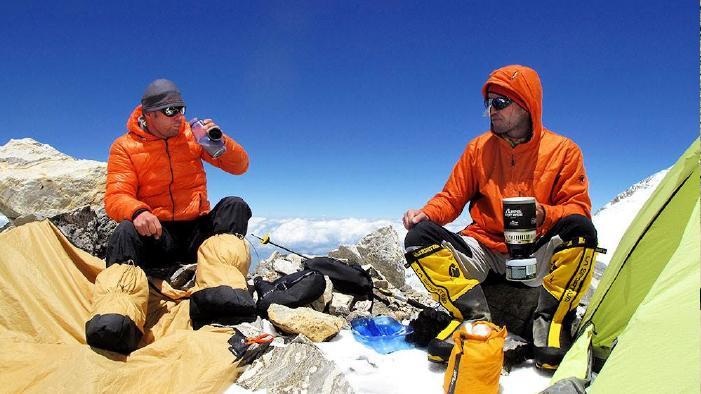 If we consider the evolutionary point of view then during the days of our ancestor's winter were the months of hibernation due scarcity in food availability, which is also the case with many animals like the Polar Bear, even today. These animals eat large amount of food during the summer months and store maximum fat and then use this fat for survival during the harsh winters. The same was the case with humans millions of years ago. This led our bodies to become more efficient in storing food as fat during summers and burning it more efficiently as fuel during winters.
Our genes have not changed much since thousands of years and today the case is entirely different. Even with reduced physical activity the humans are easily getting large amount of foods in all seasons. So during winters where the body is more efficient in burning fat and eat less, we are giving it large amount of calories which has the exact opposite effect on his body i.e. increase body fat levels and this is not the reason why you gain weight during winters.
There is a type of fat in the body which unlike other fat tissue, burn excess energy rather than storing it as fat. This is exact opposite to the white adipose tissue, the ones which hangs over your belly and arms. The main purpose of this adipose or fat tissue is to regulate body temperature and burn the excess fuel in the cell to release the energy as heat. However brown adipose tissue is also very inefficient and as you age the body adapts to regulating temperatures thus shrinking the brown adipose tissue and replaces it with white adipose or fat tissue which is the main culprit.
As per an article in the Time magazine, two studies in the New England Journal of Medicine, confirmed that brown fat cells become more active during cold. Scientists saw increased activity when the participants in the study plunged one foot into an ice bath. In the second study, done by the scientists at the Maastricht University Medical Center in Netherlands also saw increase in brown fat activity in subjects who were chilling in the room with 16 deg Celsius temperature for two hrs.
In fact, cold exposure has been a common practice in many sports to strip of fat where athletes after a hard workout jump in a tub of crushed ice or take ice cold shower to increase thermogenesis and activation of brown adipose tissue. That is also one of the reasons why mountaineers are told to eat more fat during extreme cold as the body loses a lot of fat at higher altitudes and fat is required for insulation from cold.
One of the other reasons observed was the fact that winters have longer nights. This leads to longer sleep periods. longer and adequate sleep leads to adequate recovery and increase in Growth Hormones and testosterone levels, which means more fat burn and gain in lean muscle mass.
So, contrary to a lot of popular believes winter may not be the time to gain but an excellent time to cut down.