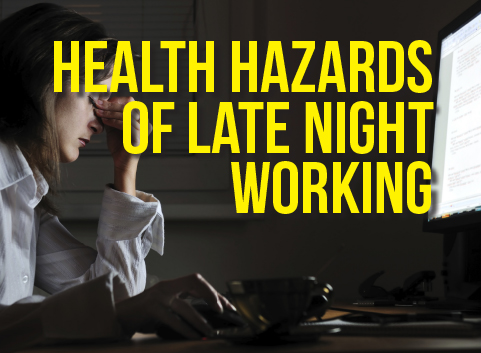 27 April 2019
By Ailya Abbas
Contemporary Urban life has become so much faster that we remain occupied in different activities till late nights. With the advent of the internet, smartphones and social media, the prevalent society finds no spare time to give relief to their mind and body. 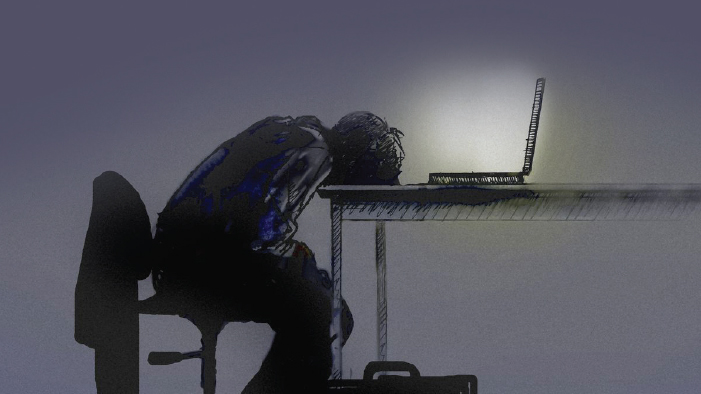 Those who are studying or working in day time get themselves busy in late night activities either indoor or out. Though there are many people who are working late at night in multiple MNCs.  However, working or indulging in any such activity keeping you awake late night proves to be hazardous and brings adverse effect on the human body.
In 2014, the scientists at the Surrey Sleep Research Centre (SSRC) in the United Kingdom had discovered that working at nights affects us at the molecular level. The research further took a small group and charged their sleep-wake pattern to that of a night shift worker. Blood tests conducted had revealed that around 6% of our genes are timed to be more or less active at specific times. Once those participants were shifted to night work, this genetic precision was reduced to 1%.
According to the National Sleep Foundation (NSF), regular night shift work can lead to chronic sleep deprivation, in which a person is never able to catch up on the sleep they need.
Poor scheduling, combined with unhealthy attitudes about the need for sleep, can cause major problems for late night workers. Charmane Eastman, PhD, a physiological psychologist at Rush University in Chicago said that because working at night runs counter to the body’s natural circadian rhythm, the circadian clock is essentially a timer that lets various glands know when to release hormones and also controls mood, alertness, body temperature and other aspects of the body’s daily cycle.
She further said that the body and brain are evolved to relax and cool down after dark and to spring back into action till morning comes. People who work late at night must combat their bodies’ natural rest period while trying to remain alert and high functioning. It doesn’t matter whether they get enough sleep during the daytime. All the sleep in the world won’t make up for circadian misalignment.
Working against a person’s natural sleep cycle causes sleep disorders, as well as fatigue. Fatigue, in turn, worsens moods, decreases cognitive abilities and reflexes, and makes people more vulnerable to disease, says Vila. That resulting crankiness and warped perspective can interfere with one’s ability to make sound decisions and manage people effectively and can increase the frequency of negative encounters.
A study revealed that working late at night can damage a person’s DNA, increasing the risk of cancer as well as cardiovascular, metabolic, and neurodegenerative diseases. For the study published in the journal Anaesthesia, the researchers analysed the blood samples of 49 healthy full-time doctors taken at different times. “Although this work is very preliminary, it is clear from the results that even a single night of sleep deprivation can trigger events that may contribute to the development of chronic disease,” said Siu-Wai Choi of the University of Hong Kong.
Researchers found that on-call doctors who were required to work overnight on-site had a lower DNA repair gene expression and more DNA breaks than those who did not work overnight. In these overnight on-site call doctors, DNA repair gene expression had decreased and DNA breaks increased after sleep deprivation. The damaged DNA increased after only one night of sleep deprivation. This DNA damage may help in explaining the increased risk for cancer and cardiovascular, metabolic, and neurodegenerative diseases associated with sleep deprivation, the researchers further said.
This newly acquired lifestyle affecting the human health at large which is decreasing the lifespan as well. As discussed above humans have indulged themselves more in social life which has taken away their mental peace and disrupted their personal life. If not taken seriously then this prevalent lifestyle may perish the humans in the coming decades. It is the high time to observe meticulously on balancing our mental and physical health by improvising the daily lifestyle.