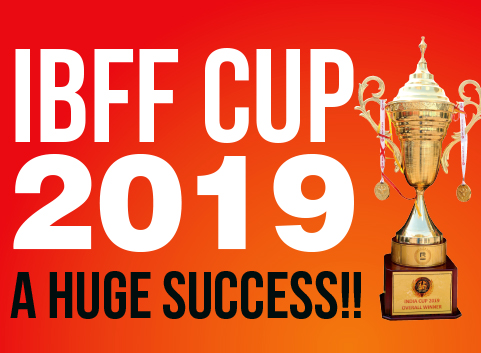 IBFF CUP 2019 organised by FINERGY SERVE, on 31 March 2019, at the LALIT HOTEL, has been a huge success. The championship saw a participation from more than 200 athletes, in almost 14 categories. 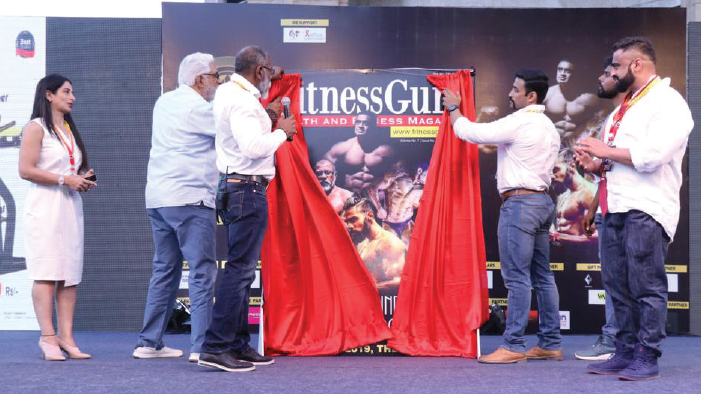 An over enthusiastic crowd, presence of who’s who of the BODYBUILDING world, renowned athletes, respectable judges, politicians, diplomats, and amidst the best of everything, it was evident that IBFF 2019 HAS ARRIVED.
THE SPONSORS:
With names such as PROBURST, PROATHLIX, CORNITOS, RITE BITE, MAX PROTEIN, KINEER, PSN,  HERB CHICK , O2 NUTRITION as the major players, the championship had 12 sponsors, and much to offer to the athletes. Throughout the day, there was ample food, snacks, tea, coffee, protein supplements, bcaas available for the athletes as well as the guests.
THE EXECUTIVE LOUNGE
An executive lounge for the sponsors, guest, judges ,with special arrangements of TEA/COFFEE and snacks throughout the day at the venue- a rare to be seen feature. It was our way of welcoming the guests, the judges, and our special invitees, and to ensure that they were being taken care of very well.
THE GUESTS
Sri Manoj Tiwari - a renowned politician from BJP graced the occasion, and was all praises for the event.He specically congratulated Mr Richard James on his efforts for the field of Fitness, and also uploaded Mr Akshay Chopra for his painstaking efforts toward this sport.
We were proud indeed to have  Mahamandaleshwar Laxmi Narayan Tripathi-a social activist and who graced the occasion and congratulated the team. Laxmi ji also applauded the fact that this championship had a unique category - TRANSGENDER, thus equating everyone and spreading the message of true equality amongst all. Encouraging athletes from all the categories, she expreed her delight in being a part of the show, and blessed everyone around. Extremely appreciative of the organization of the championship, Laxmi Ji gave her unstinted support to IBFF.
Sri Puran Singh Kadyan Ji, a renowned name in the world of Fitness especially came to give his wishes and express his support to the federation.
Mohit Suri, Ex- President IPF, renowned lawyer and common wealth gold medalist also graced the occasion and applauded the efforts of Sir Richard James and the team for putting up a show with finesse and elan.
THE GIFTS
With ample gifts  and prizes not only for the winners but all the participants, IBFF shall be remembered as a championship where NO ONE WENT EMPTY HANDED !!
We ensured that ALL the athletes had ample on their platter and here we aren’t referring only to the eats, but the loads of gifts, goody bags, shakers, cornitos, hydration tubes, towels, T-shirts, complete fitness gear and what not from all our magnanimous sponsors.
An endearing token of love to all our judges, and a memento of respect to every guest of honour, we ensured that we had the best of the organization, and the best of the hospitality. 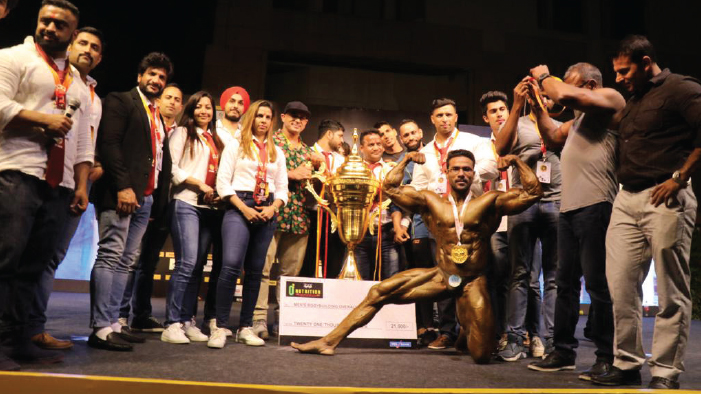 THE TROPHY
With a tall claim, that was true not merely in words but in reality as well, and we had a 6 ft tall trophy, beautifully carved and created for IBFF. It was a special attraction and gathered much publicity too.
THE MEDALS
Focusing on creating a benchmark, we did not settle for anything that was run of the mill, so the medals were in BRONZE, and customized for IBFF, with the image of SIR RICHARD JAMES, engraved on it, and was surely a delight for one and all.
THE ATHLETES
We started with a very important word, which remained a part of all our presentations and meetings- TRUST – and gladly we can say we stayed true to our own promise till the very end.
We had a massive participation of more than 200 athletes in about 14 categories, and the athletes were pleased with the arrangements, and many of them expressed their feelings as they were overwhelmed with the care being taken. There was help and support at every step, and at every stage, and this was a major highlight of the event.
Everyone in this field understands that this is a tough sport and requires immense dedication and discipline. Unfortunately, the athletes are never a priority for any federation, and most of them get disheartened either by the arrangements, or the unfair decisions of the jury.
Fortunately for us we had no room for any such thing. Yes, there was dissatisfaction in one or two categories, and there and then by the intervention of Mr Richard James, and Mr Akshay Chopra, the comparison was done at the stage and the audience decision got the majority.
We can say with pride that all the athletes were happy, and satisfied at the ned of the day.
THE JURY
Well accomplished sports persons from the sport of bodybuilding, with a huge experience were the jury.
In a briefing by Mr kshay Chopra who personally supervised and looked into the complete process of judgement, the jury was specifically asked to stay true to the preamble of IBFF, and give a fair and best judgenemt.
The aim of IBFF being to advocate the sport, and encourage the athlete, and prepare him to represent the country on an international platform, we ensured that this was error free.
ORGANISATION
Behind every successful event is immense hard work and effort by the entire team.Also, comes the role of PLANNING, and ORGANISATION. With the organizing partners being FINERGY SERVE, the championship was well organized with meticulous efforts to take care of the minutest of details.
IBFF is here to keep its promises, and ensure that each one gets his due.
A recognition in the industry, a platform to perform and be associated with
And  TRUST to build upon in every sphere.
We are indeed proud to say that IBFF HAS ARRIVED!!
Much more on the winners and other events by IBFF in every issue !!!