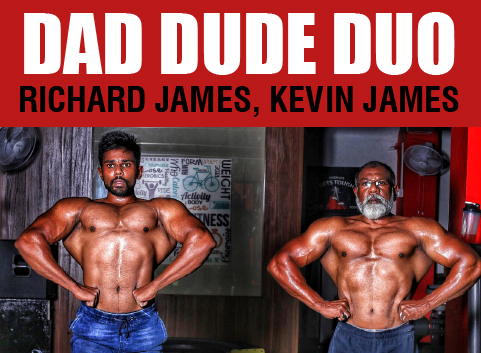 Meet the coolest and the fittest DAD DUDE DUO, who have set an example for millions, not only in their Fitness and Physique, but also in their consistent work towards BODYBUILDING and PHYSIQUE SPORTS. 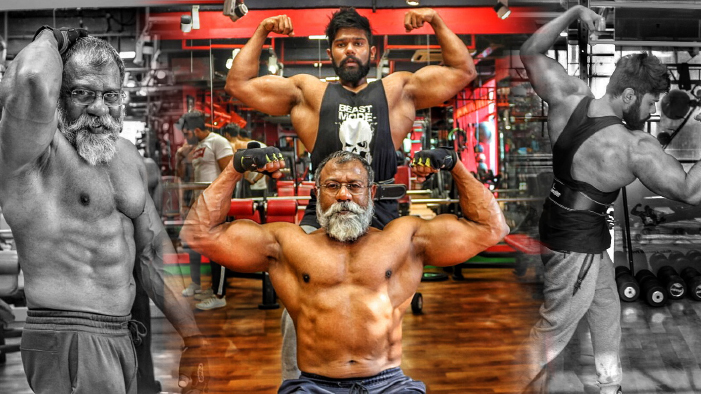 Businessman and President of IBFF FEDERATION, Mr Richard James, who has many accolades to his name, and his son KEVIN JAMES, an achiever and hardworking lad, who is following his fathers footsteps, yet maintaining a unique identity of his own. We all know them through their work, IBFF, and the social media, Yet what we don’t know is that the journey has not been easy. Yes, they have faced the challenges with a smile and emerged victorious, and are all set to inspire many…..for years to come. An insight into the life of the DAD DUDE DUO.
RICHARD JAMES
With an avid interest in sports since young age, hockey,running, he was inspired by his father who was in the army. A visionary, he saw immense success in business, and travelled all for work.
Facing many injuries, in back and then in wrist, he chose not to be demotivated by anything. His strong will did not let him give up his passion for bodybuilding, but rather he turned to it more aggressively.
Representing India at an international platform and achieving a title at an age , where a normal Indian man would be pursuing his retirement plans, he broke all norms, and he did not stop here, rather he went steps ahead and created a landmark whenhe shouldered the responsibility of entering professionally into the sport of bodybuilding and became President of INFF INTERNATIONAL FEDERATION.
Says Richard James on this decision: “With my passion and the hardwork that goes into this field, I wanted to do something for this field, as I can understand and appreciate the ATHLETES. I thus chose to make this sport orgnised and  the first ever championship was at THE LALIT on 31 March.
Here again breaking all norms, the championship saw support of the entire fraternity and had the best of names and associate partners ever. This has been in the history of bodybuilding that a championship was to be organized in a 5 star Property, with an executive lounge access to all guests and participants.
The championship was a huge success . 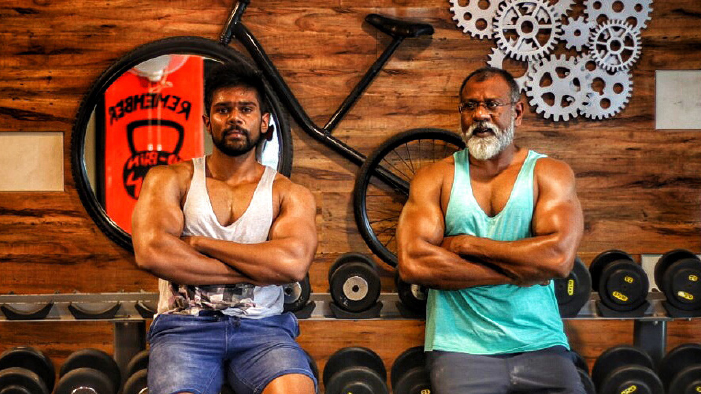 On being asked about his decisions , he says “FITNESS for me is a lifestyle, the gym is not merely a place to workout, but a stress buster for me. Yes,I chose to go to gym over Pubbing, Clubbing, and chose health over anything else.”
And has Kevin followed his foot steps? says Richard on this… “Everyone has a unique identity and their own desires, Kevin is definitely inspired but he himself has been working very hard to achieve his best. Be it in physique or education, he consistently works towards his goals. He has entered into the business of sports nutrition, and very soon, we shall establish this too”
“My message to the parents specifically is that BELIEVE IN YOUR KIDS, YES, TRUST THEM, and SUPPORT THEM IN THEIR PASSION. They will surely be successful and much happier individuals.” - RICHARD JAMES
KEVIN JAMES
A young lad, who’s a graduate in commerce from DU, and has a diploma in business management as well. He became known for his fitness and physique, and represented India on the international platform in 2018. Achieving a top position did not stop him, and he further continued to work hard. He had a wrist injury and still did not give up on his passion. Continuing with his passion for fitness, he also started assisting his father in his business. What is most surprising about this young chap is his humility and dedication towards his work. He shouldered major responsibilities in IBFF championship, and was there round the clock , taking up duties and performing all jobs,irrespective of anything.
And despite all this, not once did he either come on the stage or try to bask in the glory of the success. he was there till the last moment, greeting , and thanking people for their support and assisting athletes, amidst so many other duties that he had taken up.
Kevin has just entered the business of sports nutrition and will surely do well in this, and we wish him all the success!