Harnessing the Power of the most misunderstood Emotion 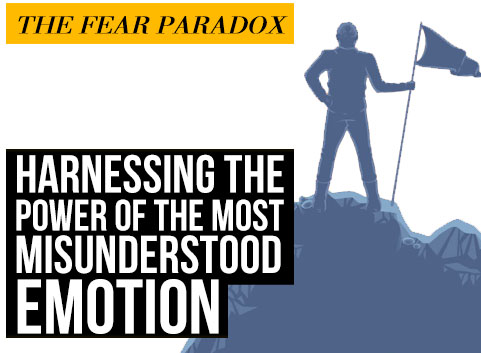 A little about myself; I am a Mechanical Engineer by qualification. Also, i am a Professor of Mathematics and Physics by profession. I teach in middle school and high school. I have also been working with one of the largest NGOs in India (Teach for India) for eradicating educational inequity.

I started training as a Bodybuilder/strength athlete 10 years ago. After 6 years of training, i participated in a national competition. Just recently (Jan 2017) i won gold at the state championship for classic bodybuilding/fitness modeling.

Also bagged 7 place at the Nationals. Bodybuilding is a strong passion and I’ve spent the last 8 years studying and applying my research. I also did my certification from INSTITUTE OF NUTRITION AND FITNESS SCIENCE(INFS), which has become a leading portal for fitness education in India.

I have dedicated myself to being a student who can learn all his life and also try and educate people about the right approach to strength, fitness, nutrition and other physique goals. I have been working with an array of clients to achieve the same.

The only way to bridge the gap between ignorance and reality is to educate the audiences in the right way. I have been pursuing this over mediums like instagram and teaching clients across India. I also write a blog called “www.mindovermuscle.blog”.

Let me kick start this article with one of the most meaningful quotes from the Dark Knight Trilogy- “To conquer fear, you must first become fear”.

More often than not, we are constantly being taught to be BRAVE- bold, front footed, fearless. From the first nursery rhyme, to the depths of history lessons; from the colorful pages of comic books to the most philosophical pieces of literature, Bravery has been the poster boy as one of the foremost human emotions.  Contrary to this, fear has always been frowned upon, the party spoiler, the buzz kill, the precursor to FAILURE. We have always associated being fearful to all the negative emotions and feelings. As a society of individuals, we have accepted that fear pulls us down and set us up for failure. This however can’t be any farther away from the truth- FEAR IS GOOD. There, I said it!

Being brave and fearless is great, don’t get me wrong; however, it also paves way for the possibility of recklessness and over-confidence to creep in. There is a fine line between being brave and being stupid, and most of the time we see majority of the crowd failing to distinguish between the two.  Think about it, when it comes to training and lifting, so many lifters have the “be BRAVE” mindset that they often seem to miss out on details like technique, form, fatigue, science blah blah blah! You see that, it’s all a BLAH for them. All that matters to them, is executing the lift, no matter what the consequences. and why so? Because they are “brave”.  With the advent of  1 RM style of training becoming popular with new crop of lifters, this attitude is wrecking more joints than ever.  You see jerky singles being thrown around with form that looks worse than a than a wobbly horse falling down a flight of stairs, especially with the recreational lifter who is just starting out her/his training journey.  The reason- because they’re being brave in a waging war against the weights? Seems more detrimental than anything else. Even with experienced and veteran athletes (unless they belong to the rare category of the genetic elite who are capable of handling the trauma of intense exercise with lose technique, at least for some time), chronic injuries and fallouts from training happen due to ignorance towards the minuscule details. Those are the details you fail to care about when you simply want to rip that weight straight off the floor, when you fail to distinguish between bravery and stupidity.

The Case for Fear

FEAR, on the other hand, is an extremely potent emotion.  It can either plummet you to failure or drown you in despair OR it can enable you to destroy self-created barriers and reach pinnacles of success; if harnessed correctly, that is. It also ensures that safety is kept in check while you climb your ladder to success. The adrenaline rush, the desperation to survive, the anxiety, the nervousness that are induced by fear can all be channeled with precision to give you a HEIGHTENED sense of FOCUS; which in turn can uplift performance tremendously. How does this trickle down into the weight-room?

Every time I execute lifts, I am afraid that it can ‘make’ or ‘break’ me. Staring down at a 500lb dead-lift, fear grips me tight; I fear faulty technique, I fear injury, I fear the brutality of the heavy weights itself. Knowing that so much is at stake,  knowing what the consequences of a bad execution could do to me, I let the fear of failure take over my mind. But in no way does this imply a failed attempt at the lift. In fact the fear makes me more aware of all the pointers I need to keep in mind while performing the lift, it gives me that surge of adrenaline, it ensures zero error in execution. It makes me respect the sheer power of the iron even more, something a lot of lifters fail to understand today. Fear literally sets me up for success.  It’s simple to comprehend; fear puts the kind of performance pressure on me, wherein I give a 110% to the mammoth task at hand without compromising on safety and still inching towards victory.  So yes, I am ready to accept that I am scared, I am fearful but there is nothing wrong with being scared. By being in that state of mind, all forms of reckless errors are counteracted.

As paradoxical as it may seem- to conquer fear, you must first let it consume you. The idea is to BE AFFRAID, and yet conquers that fear, gradually moving up to the next level on the ladder. Like with any exercise module, this too will have a set of progression. Batman wasn’t gifted unlike most other super heroes, and yet he rose to the status of being a super human simply by learning how to harness his own damn fear. It takes a considerable amount of practice to make the shift from being anxious and negative to channeling the fear for boosting performance. Think of it as your own natural Pre-workout drink, and with the abundance of fear in our lives, you’ll never fall short of it! Conquering fear will most definitely help you forge a strong, iron clad mindset.